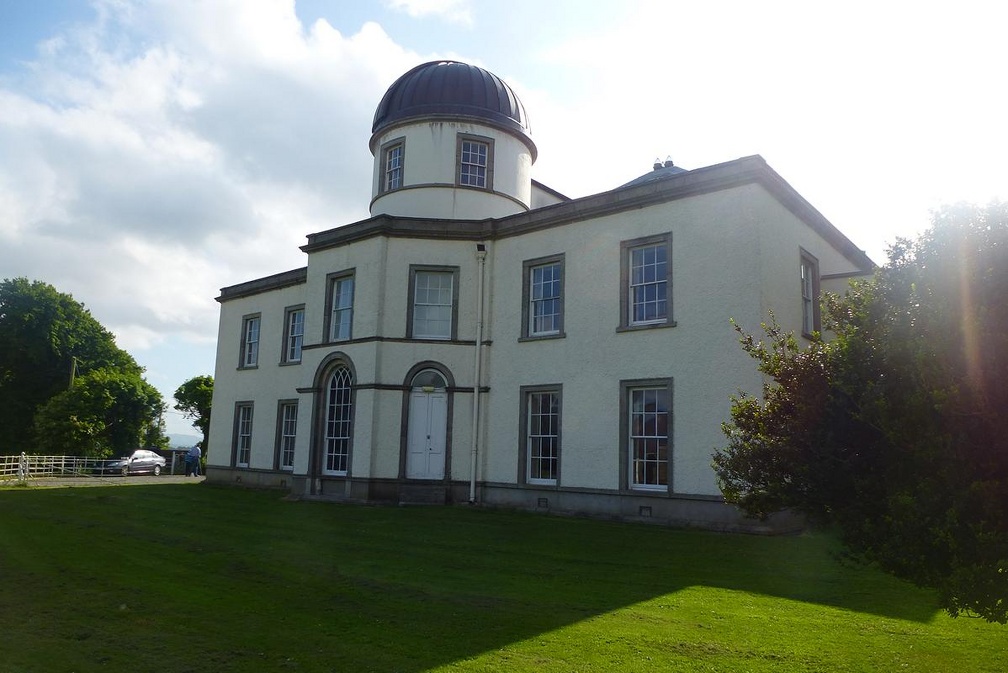 Situated on the North side of Dublin, Dunsink Observatory has a wonderful history of astronomical exploration going back centuries. These days it is run by the Dublin Institute for Advanced Studies, and they have teamed up with amateur astronomers from the IAA, IAS and IFAS to bring you a day of astronomy talks, tours and entertainment, all for free!

For those wishing to visit the "Images of Starlight" exhibition beforehand (see below), the National Botanic Gardens is here…..

This major event is being arranged jointly by the IAA and other Irish amateur astronomy groups at Dunsink Observatory, Castleknock, Dublin.

16.00 – 16.20 Tea / coffee
16.20 – 16.45: Tours of Observatory – Two groups, one does main building, other does South Dome + Refractor, then groups swap.
16.45 – 17.40 – Talk: Paul Evans (IAA): "Observing Highlights of 2016 and how to photograph them"
17.40 – 18.30 – Break for food. Options
* Bring your own. You can reheat food in the large microwave or the oven. More tea and coffee and soft drinks will be available.
* There are other local eating options, including the Travelodge just on the Dunsink side of the main roundabout, or the Halfway House at Ashtown on the main N3, on the Dublin side of the M50.
* It may be possible to arrange for some finger buffet food to be supplied on site, for a small charge. Final notice on this shortly.
18.30 – 19.20: Observing or Talk: Samuel Bleyen (IAS) Solar observation: a history from Galileo to Solar Orbiter, including a brief overview of the 3 main visible amateur observation options, namely white light, H-alpha and Calcium-K.
19.20 – 20.10: “The Northern Lights in Irish History – from Superstition to the Digital Age”, by Ronan Newman, GAC.
20.10 – 21.00 – “What was it really like on Apollo 11?”, by Seanie Morris, MAC
21.00 – Close of formal programme + socialising or observing Jupiter etc.
Ktec Telescopes:
I'm delighted that Stephen Kershaw of Ktec Telescopes will also be exhibiting some of his amazing selection of telescopes and equipment at this event. http://www.ktectelescopes.ie/
Observing is possible from 18.30. Moon is waxing crescent, phase 34%; best viewed from 18.30 to 20.00. Jupiter rises at 19.52; best observed after 21.00. Since there is a limit to the numbers that can observe with the South refractor, visitors are encouraged to take turns in the dome, and to support the speakers when not observing!
IAS/IFAS PHOTO EXHIBITION: Why not combine this event with a visit to the superb, and free, AstroPhoto Exhibition at Botanic Gardens nearby that morning, particularly if you are traveling some distance?
ALL WELCOME – TOTALLY FREE EVENT!
To give an idea of numbers for catering, please email me asap to let me know if you will be attending: Terry Moseley: terrymosel@aol.com
DIRECTIONS TO DUNSINK OBSERVATORY
Dunsink Observatory is on Dunsink Lane (New Dunsink Lane), Castleknock. The Observatory is at 53 deg 23' 14.3"N, 6 deg 20' 19.0" W, with the entrance off Dunsink Lane at 53 deg 23' 16.6"N; 6 deg 20' 14" W. But Dunsink Lane has been blocked on the city side, and the observatory is now only accessible from New River Road, leading to New Dunsink Lane, off the Navan Road, near the junction of the N3 and the M50 – the Castleknock junction, J 6.
Since the M50 upgrade this has become a complex junction.
1. FROM M50, from Dublin airport direction.
If approaching via the M50 from the Dublin airport direction, exit onto the offslip at J 6, but you MUST then get into the right lane at the offslip, or you'll be way off course! So when you approach that junction, move onto the offslip lane to the left, but then stay on the right hand lane of the offslip. Do NOT keep on going round to your left via the left hand lane on the offslip, which will take you on to Castleknock village!
This right hand of the two offslip lanes will bring you round in a loop directly on to New River Road. Go straight on for 2 km, past Elmgreen Golf course, until you see the road blocked ahead of you: the entrance to the observatory is on the right just before the block.
2. From M50 coming from the Toll side, or inbound on M3/N3.
If coming along the M50 from the South, or the M3 coming in fron Navan direction , exit at Junction 6, the Castleknock roundabout (junction with N3), and follow signs for City Centre via the N3. At the first set of lights just on the city side of that major junction, turn left into New River Road / New Dunsink Lane, then go on straight until you can’t go any further.
3. Coming from City Centre via Navan Road:
If coming from the city centre along the N3 Navan Road, go almost as far as the major N3/M50 junction, and turn right at the lights just before this junction, into New River Road / New Dunsink Lane, then go on straight until you can’t go any further.
NB: Ignore any maps or Satnav which direction you along Dunsink Lane from the City side (i.e. the Finglas direction) – the road is blocked from there just before you reach Dunsink!