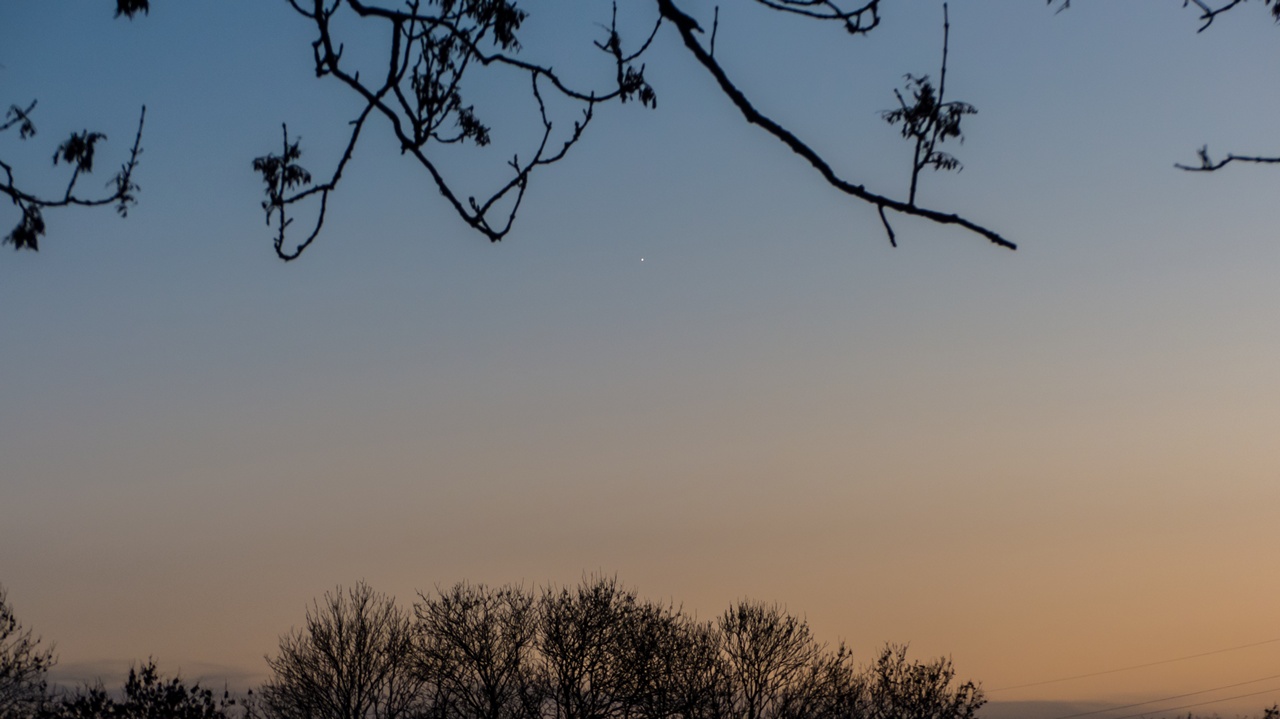 Join members of the Irish Astronomical Association as they show you the wonders of the winter sky through their powerful telescopes at Cullyhanna Community Centre (Follow link for directions, SatNav BT35 0PZ  and Overhead view – Community Centre marked by red circle http://irishastro.org/cullyhannacc.jpg) on Sunday 4th December.
See Venus, Earth's sister planet, and the one closest to Earth, and the brightest object in the night sky after the Moon: it's also known as the beautiful Evening Star.
There will also be a lovely crescent moon, with the 'Old Moon in the New Moon's Arms'.
And we'll also view mysterious Mars – possibly the abode of simple life forms.
Another treat will be a pass over Ireland of the International Space Station – easily visible with your own eyes if you know when and where to look.
Then there are all the usual wonders of the winter night sky – the lovely Pleiades or Seven Sisters; the huge Andromeda Galaxy – twice as big as our own Milky Way galaxy, lying at the incredible distance of 2.5 million light years, or about 25 million million million miles! Even at that distance you can see it with your own unaided eyes and we will show you where to look.
And there's everyone's favourite constellation: Orion, the Mighty Hunter, with his famous 'Sword', which is actually a gigantic cloud of shining gas and dust, in which stars and planets are being born as we look. Orion's two brightest stars are truly amazing: Betelgeuse is a Red Supergiant, so big that it would engulf the orbits of the three innermost planets in our solar system: Mercury, Venus and Earth! Rigel is not so big, but it's very very hot, and tens of thousands of times brighter than our Sun.
And there's much much more all around the night sky, in Taurus, Gemini, Cancer, Auriga, the Great Bear, and so on.
Even if it's cloudy there will be plenty to interest everyone: We'll have the portable Stardome, kindly loaned by Armagh Planetarium, in which we will give amazing starshows touring the universe from our own Earth to the far reaches of the universe.
We'll also have an exhibition of all sorts of interesting things to do with astronomy and space, including a selection of meteorites: rocks which have actually come from outer space to planet Earth.