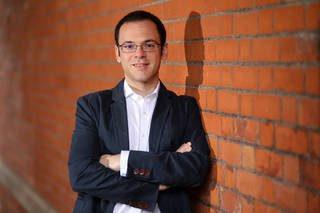 We know only the 4 per cent of the Universe, the other 96 per cent is made of things that astronomers cannot detect or even comprehend. Supernovae are stellar explosions capable to outshine the luminosity of an entire galaxy. It means that a single star explosion can irradiate more energy than 100 billions stars altogether. It is thanks to such explosions that we can have heavy elements like iron on our planet, as well as the Earth itself. Furthermore, it is exciting how Supernovae can also help us to understand the aforementioned missing and mysterious 96 per cent of our Universe, something that astronomers call dark energy and dark matter.
Thanks to their luminosity they can be seen up to very far distances and since the speed of light, although incredibly fast, is limited looking at very distant Supernovae we can retrieve information about the past of our Universe. Such information can tell us more about how was our Universe and how it is going to evolve in the future. Thanks to this exceptional and unique properties, Supernovae can be used as a sort of time machine for information.
One of my most significant research to date focuses on the use of the brightest supernovae, as cosmological probes at high distances. Thanks to their intrinsic brightness, ten times more than those of the Nobel study, we have the possibility to explore our Universe ten times further in space and time. This research will allow for the first time to observe the behaviour of the dark energy and dark matter at the beginning of the cosmos. It will also give new and unpredicted information on their nature and, hence, also more details about the future of our Universe.
Such innovative departure from traditional studies is already breaching the initial skepticism and has been used by several groups to stress the importance of these Supernovae in current and future world-wide cosmological projects such as the Dark Energy Survey, the Large Synoptic Survey Telescope and the European Space Agency (ESA) Euclid mission.
Doors open about 7.15pm. There is free parking available on the campus in the evenings. Admission Free, including light refreshments. We are located in the Bell Theatre, Department of Mathematics and Physics, QUB – details here……
With thanks to the Astrophysics Research Centre, QUB, for assistance with this event.