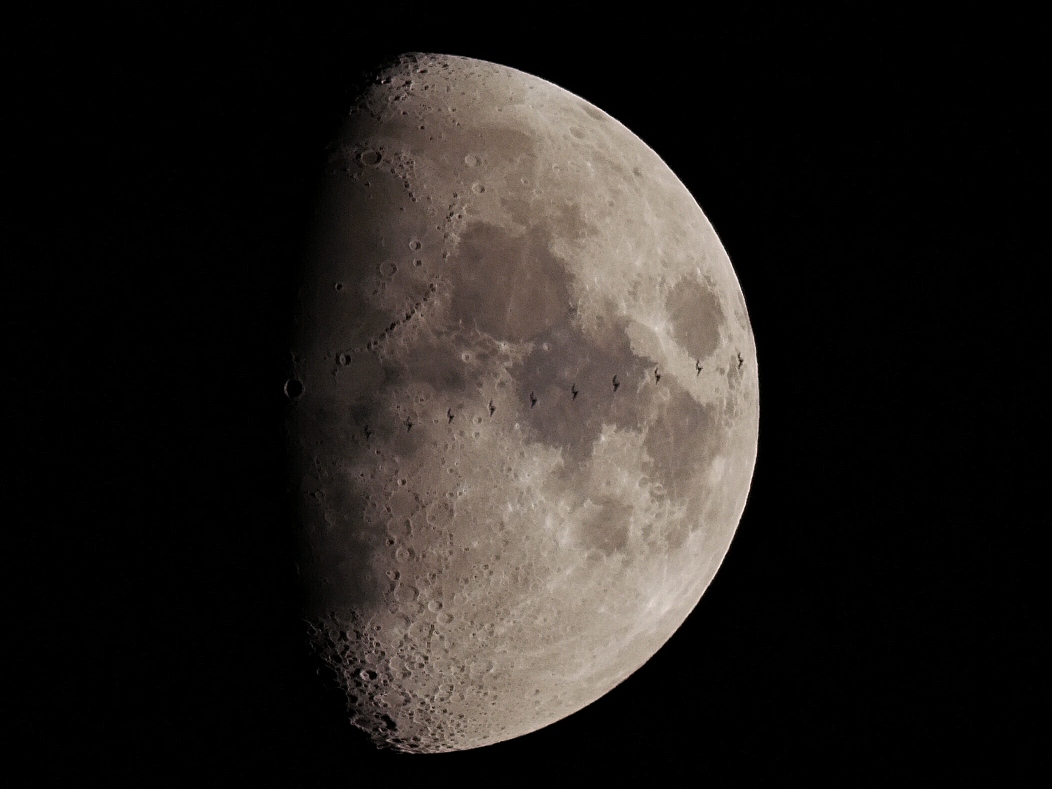 IAA President Paul Evans has successfully imaged a transit of the International Space Station (ISS) from Northern Ireland. Using information provided by the website Calsky.org, Paul determined that Sprucefield near Lisburn would be on the centreline of the transit which would take place after the ISS had passed Venus and Mars and moved into Earth's shadow. It so happened that the sky was clear if slightly hazy so an attempt was made. Paul used his Celestron ED 80 telescope with Lumix G7 camera at prime focus in 4K video mode, taking 25 8 megapixel images every second. From the video it was found that 11 frames had the ISS on the illuminated part of the Moon  and these were stacked up Using Starstax software to produce the image below. (Click for Full Size)