This website is now in its 15th Year so I thought I’d look back on some the changes that have taken place in that time.

Irishastro.org was first registered and set up by IAA member Robert Cobain in 2007 and consisted of a Google Blogspot site with material provided from Terry Mosely’s legendary Astronomy Bulletins which in fact go back to 2001. That blogspot site still exists as IAA News here…..

In 2009 Paul Evans took an interest in the development of the site and separated the IAA News from the main website which was a ground up creation built with HTML and CSS, this being the standard way of doing tings at the time. This worked well and looked good, though soon grew to the point where it was cumbersome to manage so a Content Management System was called for.

The chosen system was Drupal 7 and this lasted from 2012 until 2019 with a change of template part way through which gave a sharper more modern look.

The most recent platform update was the move to WordPress which has become pretty much a de facto world standard for websites.

The recent Banner update to one built on the JWST “Carina” image brings it right up to date, ready for the return to real life meetings in September 2022. 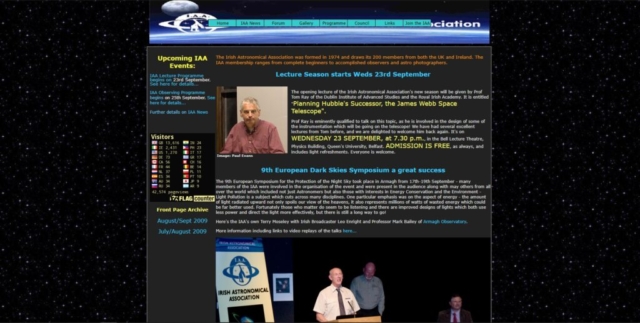 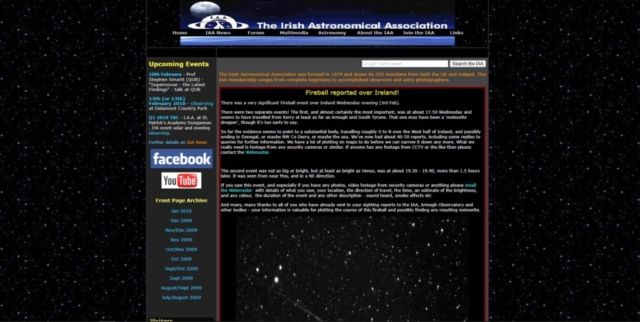 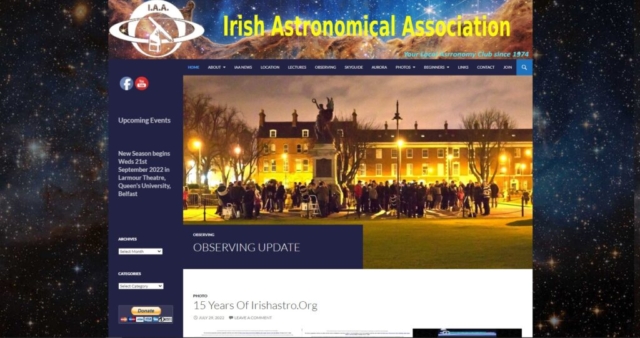