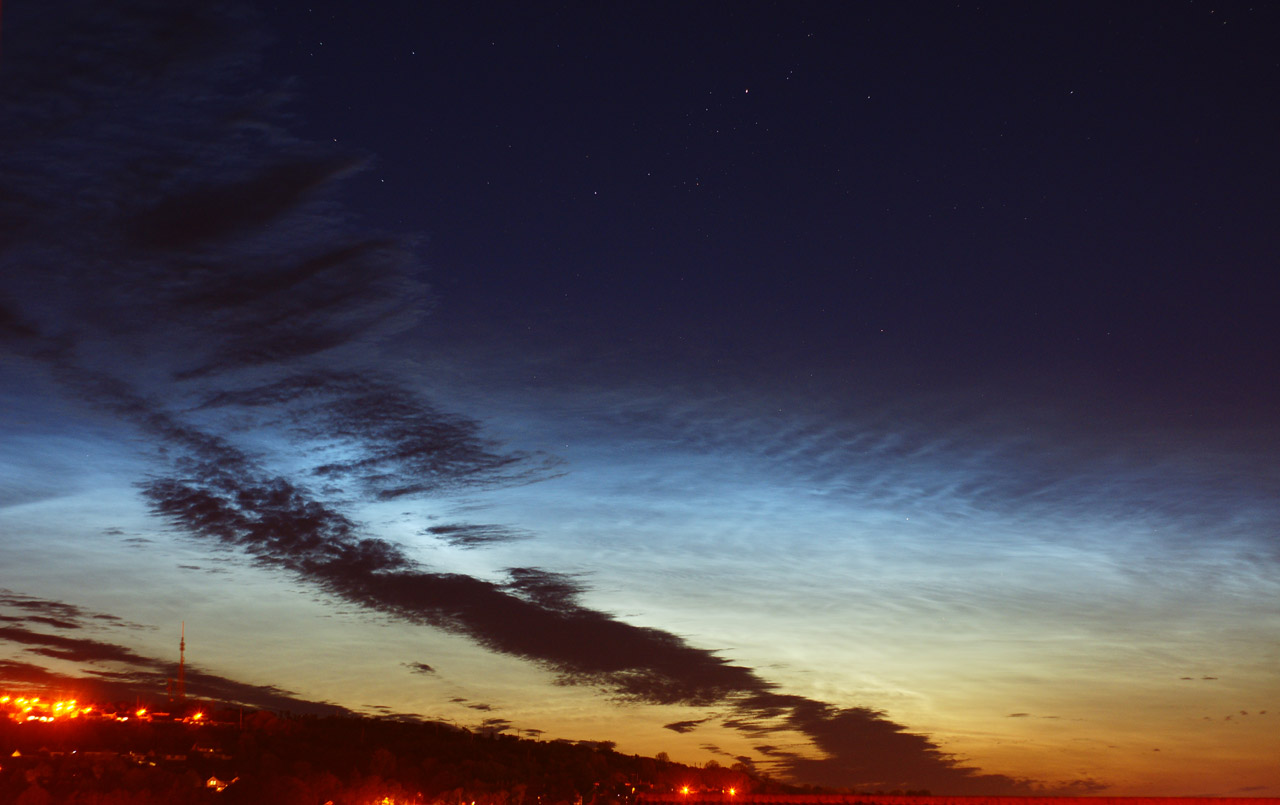 From around the end of May until the beginning of August these mysterious white clouds can be seen from Northern latitudes. As luck would have it, Northern Ireland is ideally placed for observing these clouds – further north and the sky is too light, further south and the clouds are too close to the horizon to be seen, although in recent years there have been sightings from Southern England.

In order to photograph these clouds you'll need a camera capable of exposures of a few seconds and a tripod or other support. Focus to infinity and try exposures of 5-10 seconds with the lens wide open and ISO 400-800 then adjust around this depending on how bright the image are coming out on your screen.

If you get any images, send them in!