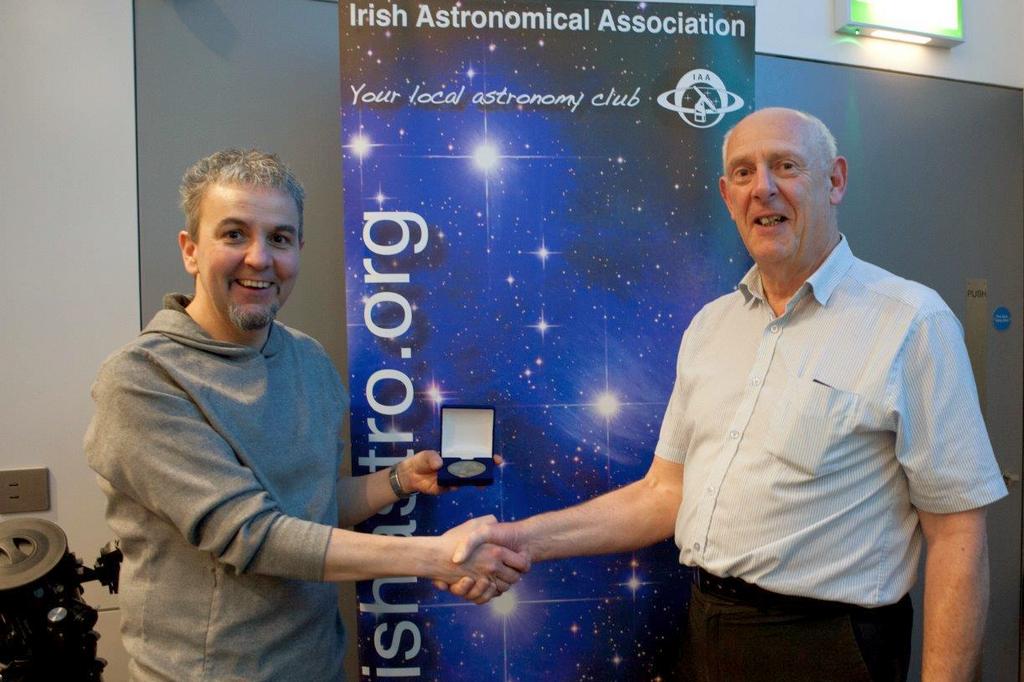 Following the deliberations of a sub-committee of the council, the decision was made to award the Aidan P Fitzgerald Memorial Medal this year.

The Aidan P. Fitzgerald Memorial Medal is the prestigious award of the Irish Astronomical Association, and is named in memory of one of its leading members back in the 40's and 50's. It is presented not more than once per year for "Outstanding Service to the Association" to someone usually, but not necessarily in a Council post.

The sub-committee had a difficult task as there were a number of members who have contributed outstanding work over the past year, and indeed years, but there could be only one award, so congratulations are due to Tony Kempston!

Tony mentioned in his acceptance speech that this award is of course for his family whose contribution to the Association is immense, so congratulations to all of the Kempston family!

Many Thanks are also due to outgoing President Terry Moseley BEM – it will be a long time before a President retires after his 10th year again!

Incoming President Paul Evans said "I'd like to thank Terry for an excellent year and I'm looking forward to taking up the challenge again for my third year leading the best organisation for astronomers in the country! We'll be organsing a summer programme as well as another top lineup of speakers for the new season, and perhaps more new events too!"