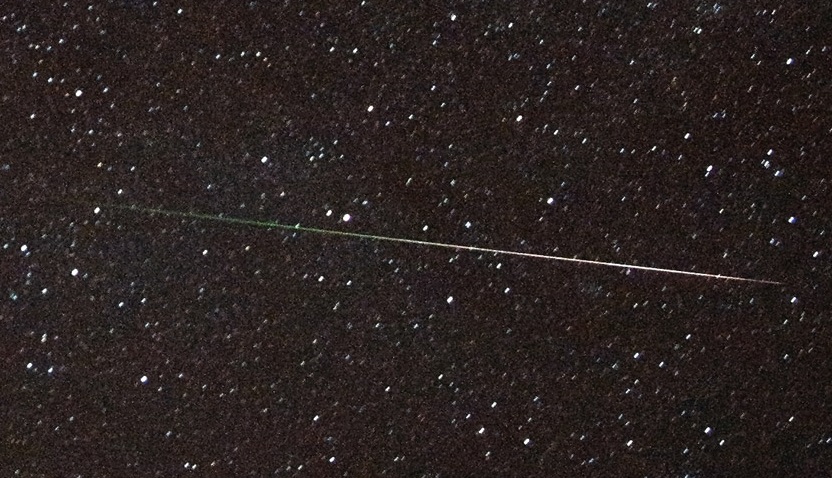 With the Moon notably absent, this year's Perseid Meteor shower shows every chance of being an excellent one.

The shower is caused by the Earth passing through the debris trail of Comet 109P Swift-Tuttle which orbits the Sun with a 130 year period. The meteors hit the Earh's atmosphere comparitively fast, aprroximately 35 miles/sec or 120,000 mph and burn up at a height of around 50 miles. This year we are expecting a Zenithal Hourly Rate (ZHR) of around 100 which is good.

We have chosen Weds 12th August for this event this year – it is actually the best night in terms of expected meteor numbers and the weather looks as if we might at least see something. Meet at 8:00pm for the Barbeque with observing from 10:30pm onwards.