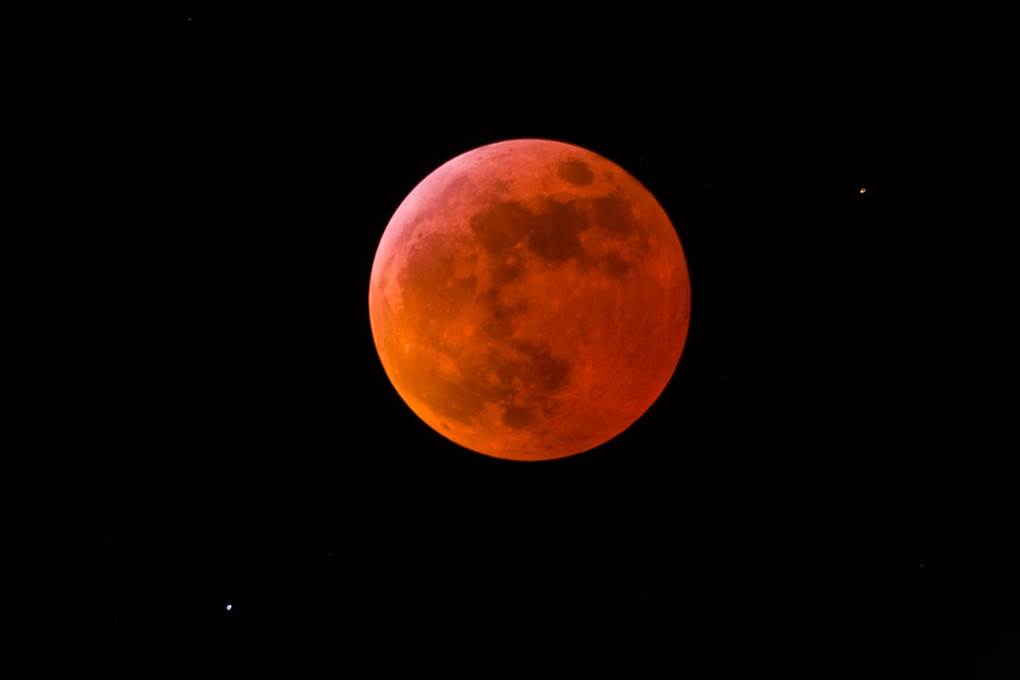 In the early hours of Monday morning – ie late Sunday night – the first Total Lunar Eclipse to be visible from Ireland for several years occurs. The eclipse will be visible from 01:11 to 06:22 although in the firts and last hours there is very little to see in reality. The Moon will be visible 35degrees high in the South at the start of the eclipse and 20 degrees in the West a the end. During totality, the best part, it will be 28 degrees high in the South-West.

Timings for our timezone – British Summer Time (BST) are as follows:- The view of the Full Moon before 01:11 will be as follows. For photographers, this is an exposure of 1/125th sec ISO 100 f10. Ideally photographs will be taken with a DSLR camera mounted on a driven telescope, however quite good results can be achieved using a modern Superzoom "Bridge" type camera with a 30x or more zoom lens provided it is mounted on a tripod and either a cable release or the self-timer is used to keep it very still. ISO should be set no higher than 400, or 800 at a pinch during the totality if it is very dark, and exposure needs to be manually controlled – see the guidance figures by the pictures below. This is the same camera exposure part way through the Partial phase of the eclipse. Note that the Penumbral shadow has considerably darkened the visible portion of the Moon. Note the bluish band here – this is believed to be result of refraction of sunlight through Ozone in the upper atmosphere of the Earth.

Next we have the Totality. Exposure here is equivalent to 20 seconds – 2500 times that of the uneclipsed Moon. A similar exposure could be achieved with a camera lens set to 2 seconds at f5.6 with ISO 400 or 1 second with ISO 800. This would reduce any blurriness due to the rotation of the Earth. Unlike the Solar Eclipse earlier in the year, there are no particular safety considerations such as eye protection. Also, there is much more time to enjoy the spectacle – a Total Solar Eclipse is much more spectacular, but it is over in a couple of minutes. The totality here lasts well over an hour!