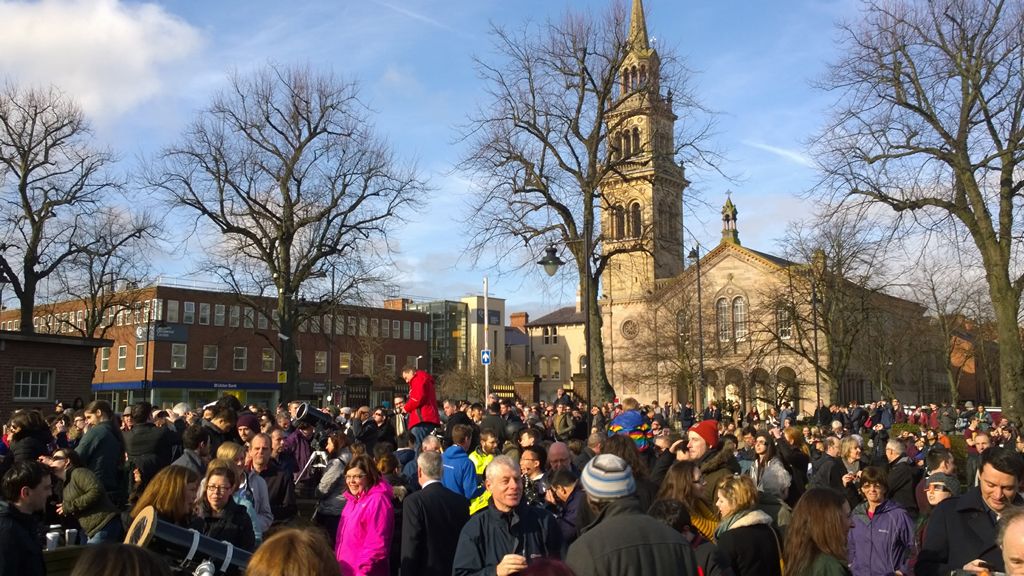 On Monday 9th May there will be a rare Transit of Mercury. This occurs when Mercury, the closest planet to the Sun, passes between the Earth and The Sun – usually it will pass above or below but on rare occasions like this it will go directly in between and will be visible against The Sun for several hours as it makes its passage across.

This last happened in 2006 and will happen again in 2019, however this year's event is very well placed and can be seen in its entirety from Ireland, weather permitting of course! Unlike the Transit of Venus, which could be observed using eclipse glasses only, Mercury is both smaller and further away so can only be seen with optical aids.

DO NOT under any circumstances try and use Eclipse Glasses in conjunction with binoculars or any other optical aid to see this event, eye damage may well result.

Instead, come and join the IAA and members of the Astrophysics Research Centre at QUB to view the event in complete safety.

Observing will begin outside the front of QUB at Midday and continue until the end of the transit after 7pm, then there will be a Michael West Lecture on "Einstein’s Gravity From The Transit Of Mercury To The Detection Of Gravitational Waves" by Professor Patrick Brady, Center for Gravitation, Cosmology & Astrophysics, University of Wisconsin.

We will also be holding a similar event at Portstewart, Co Derry, at the Agherton Parish Centre, from 12.00 until the end of the event.

Further details on the observing here…..

Further details on the talk, for which registration is required, here…..