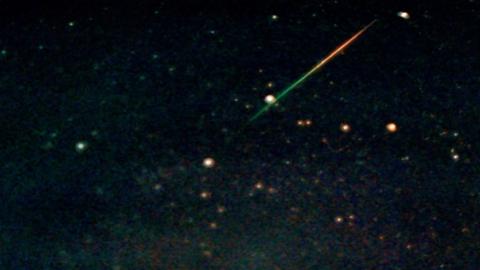 The Perseid Meteor shower is caused by the Earth passing through the debris trail of Comet 109P Swift-Tuttle which orbits the Sun with a 130 year period. The meteors hit the Earth's atmosphere comparitively fast, aprroximately 35 miles/sec or 120,000 mph and burn up at a height of around 50 miles.

Our traditional Perseid barbeque and Observing will be held at our observing site at Delamont Country Park.

We have chosen Saturday 12th August as offering the best weather prospects, though the Moonrise at 11:02pm will compromse viewing somewaht, the brighter meteors should still be visible.

Bring your own Barbeque, food and drink, regrettably Terry and his famous Barbie are not available this year.

Meet at 8:00pm for the Barbeque with observing from 10:30pm onwards.