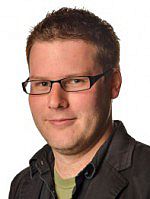 In the early Universe the only source of light was that left over from the big bang. As the Universe expanded this light was shifted out of visible wavelengths and the Universe entered the (cosmological) dark ages. The dark ages were brought to an end by the formation of the first stars and super-mass black holes a few hundred million years later. As these first stars died in supernova explosions they likely enriched their surroundings with the heavy elements, ultimately allowing the formation of rocky terrestrial planets and even life.
Thanks to the finite speed of light, as we look further away we see the Universe as it appeared in the past. Using the Hubble Space Telescope we have now identified galaxies present only a few hundred million years after the big bang, though have not yet found examples of the first stars and galaxies to form. This final gap will hopefully be filled by the upcoming James Webb Space Telescope, due for launch in mid-2019.
Doors open about 7.15pm. There is free parking available on the campus in the evenings. Admission Free, including light refreshments. We are located in the Bell Theatre, Department of Mathematics and Physics, QUB – details here……
With thanks to the Astrophysics Research Centre, QUB, for assistance with this event.