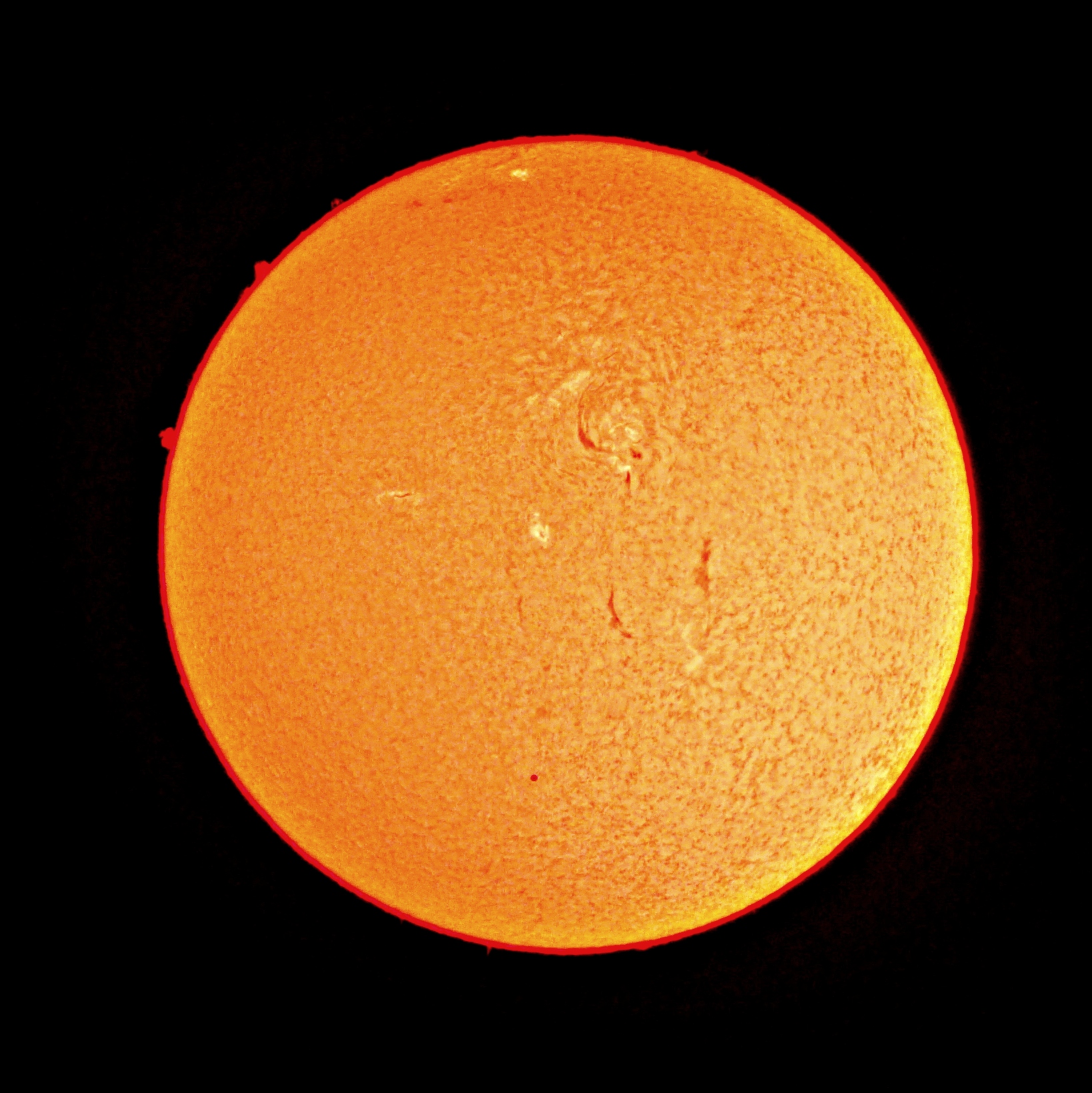 A Transit occurs when one of the inner planets (Mercury or Venus) passes across the disc of the Sun as seen from Earth.
The closest planet to the Sun, little Mercury, transits the Sun only 13 times per century on average.
The last Mercury transit was on 9 May 2016, and the next one won’t be until 2032 Nov 13. This transit will have the longest duration of any until the one on 2190 Nov 12.
Because Mercury is quite small, and quite far from Earth, you need optical aid to see it. But this can be done only with special safe equipment. The IAA will be holding a public observing event to let everyone see the transit (weather permitting) at the Divis Car Park, where you can watch it in complete safety.
LOCAL DETAILS (for Belfast)
The transit lasts from 12.35 – 18.04 UT, but the Sun sets before then throughout Ireland.
Mid transit = 15h 20m 57s,
Mercury will first appear on the Sun’s disc as a tiny black dot a bit to the South of the East edge of the Sun, and will appear to move across to the West (Right) side of the Sun’s disc
OBSERVING ALTITUDE and DIRECTION
The Sun will be just past South as the transit begins, and at an altitude of only 18 degrees above the horizon. As the transit progresses the Sun will be moving towards the West, and getting lower in the sky, so you’ll need a good clear view to the South and Southwest in order to see most of the event.
SAFE VIEWING: Like anything involving observing the Sun, eye safety is paramount. You should NEVER look directly at the Sun with any sort of optical instrument, or you will seriously damage your eyes, with possible permanent blindness.
The only safe ways to observe and photograph this event are described on the IAA website; www.irishastro.org:
WATCHING THE TRANSIT SAFELY.
The IAA will have a public observing event at the Divis Mountain Car Park, which is off the Divis road, which is off the B38.
TIME: from 12.30 to sunset (if the sky is clear)
The car park is on Divis Rd at N 54.5992635; W -6.0402635. Walk from there the short distance to
the site of the Barn Café, along the road towards Divis mountain..
We will be there from about 12.30, and stay to sunset, or when clouds beat us. If the weather looks absolutely hopeless, check the IAA website for updates on whether we’ll be there or not.
NB: this is quite an exposed site, so dress warmly from head to toe!
For more information see: www.irishastro.org
NOTES TO EDITORS:
1. The Irish Astronomical Association is a registered charity dedicated to promoting interest in, and information about, astronomy and space and related topics. It is the oldest and largest astronomical society based in N. Ireland, and the largest amateur astronomy society in Ireland.
2. 1st Contact (when the edge of Mercury first appears to ingress on the Sun) = 12h 35m 18s,
3. 2nd Contact (when the whole disc of Mercury first appears totally silhouetted on the Sun)  = 12h 36m 58s.
4. Mercury will be 101 million km from Earth at the time of the transit
5. The IAA runs public events throughout the year, including free public lectures at QUB, and public outreach events in various locations throughout Northern Ireland, details of which are available on the website: