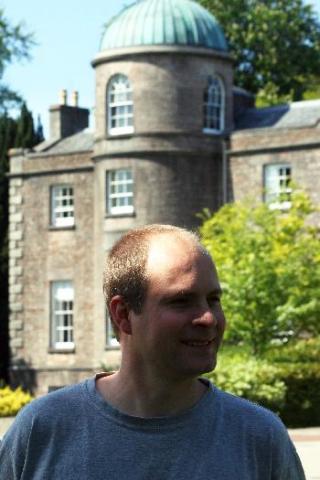 Over the last 30 years the Hubble Space Telescope (HST) has spoilt us with the most beautiful, colourful images one can image. In addition to this inspirational role these observations have provided key insights into a vast number of astronomical research fields varying from the formation of planetary systems to Cosmology.

In this talk I attempt to give an overview of some of the most ground-breaking Astrophysical insights that HST has given the world of Astrophysics, revealing the stories behind those pretty pictures.

Jorick Vink started his career at Utrecht University in the Netherlands while also spending an 8 month period at NASA’s Goddard Space Flight Centre.After his PhD, he moved to Imperial College London, before eventually settling at Armagh Observatory in 2007, where he was also Acting Director at the Planetarium during the merger of the two organisations in 2015/16.

He obtained a Visiting Professorship from the University of Leeds in 2017, and is currently President of the IAU Commission of massive stars, and Principle Investigator (PI) of a Large Programme with ESO-VLT complementing the Hubble Space Telescope (HST) ULLYSES Project of massive stars.

The meeting will also be simulcast on our YouTube Channel