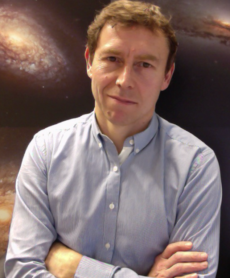 “The final fate of massive stars”

Abstract: We know that supernovae are produced at the end of the nuclear burning lives of some massive stars when the core collapses. But do all massive stars produce a supernova ? They must end their lives somehow as their cores can’t resist the pull of gravity for ever. Whether or not they produce a

luminous explosion or collapse to form black holes with little mass ejected and faint emission is still debated. I will review the latest work on trying to work out how massive stars end their lives.

Research Interests:  I work on processing data from several large sky survey projects. One of them, the ATLAS project, is a network of 4 telescopes funded by NASA, which can scan the whole visible sky every 24hrs. We process the data in real time, linking discoveries to galaxy and star catalogues and trigger ESO and other facilities for multi-wavelength follow-up. I work on preparation for the Rubin Observatory’s Legacy Survey of Space and Time and have a scientific leadership role in the UK’s Lasair project. With colleagues at Queen’s and the U of Hawaii I search for the electromagnetic counterparts of gravitational wave sources, mostly from merging neutron stars. We use the Pan-STARRS twin telescope system and then the ESO telescopes for follow-up. I was one of the founding members of ENGRAVE which is a European wide effort to optimise the use of the VLT and ESO facilities for follow-up of the optical and near-infrared emission from gravitational wave sources. I sit on the Rubin Science Advisory Committee, the Virgo Science and Technology Advisory Committee and the Royal Society’s Schools Partnerships grant panel.

I can assure you that this will be a fascinating talk!)

NB: The lectures are now held in the LARMOR Lecture Theatre, also in the Physics Building, which is much bigger, and will allow greater distancing between attendees. Directions. The Larmor is at the other end of the Physics building to the entrance to the Bell LT, which we used previously. It’s on the side of the Physics building which is closest to, and parallel to, University Road. There is a ramp to allow wheelchair axis. Please try to be there early, to facilitate a prompt start – access should be available from shortly after 7 p.m.