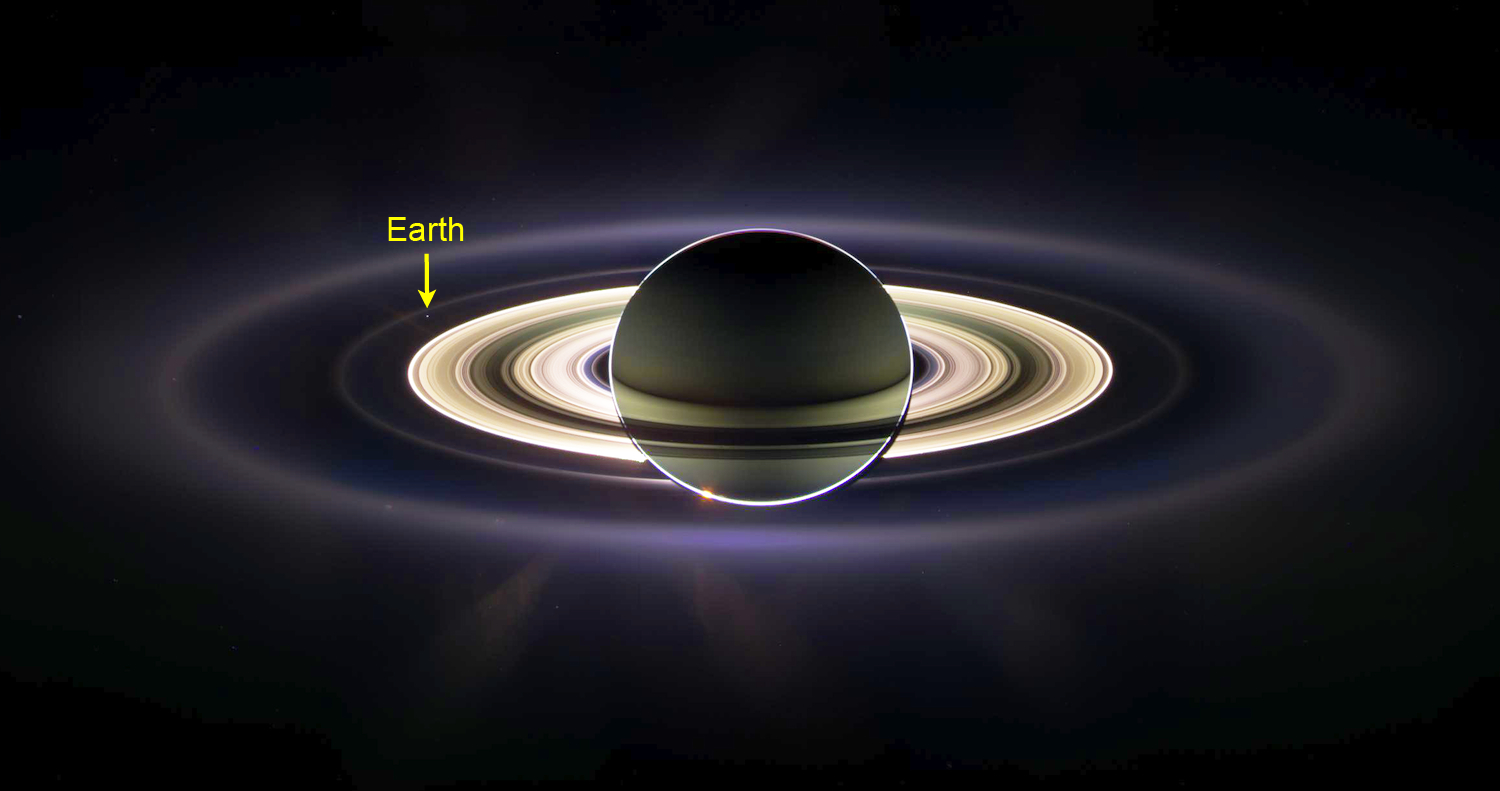 The Observing Event will be held at Delamont Country Park – Bring your own BBQ if required from 9pm onwards – Saturn Observing from darkness – circa 10pm onwards.

On July 19, 2013, NASA’s Cassini spacecraft will photograph Saturn and its entire ring system during a total eclipse of the sun.  Cassini has done this twice before during its previous 9 years in orbit, but this time will be different.

"This time, the images to be collected will capture, in natural colour, a glimpse of our own planet next to Saturn and its rings on a day that will be the first time Earthlings know in advance their picture will be taken from a billion miles away," says Carolyn Porco, Cassini imaging team lead at the Space Science Institute in Boulder, Colorado.

"While Earth will be only about a pixel in size from Cassini's vantage point 1.44 billion kilometres away, the team is looking forward to giving the world a chance to see what their home looks like from Saturn. We hope you'll join us in waving at Saturn from Earth, so we can commemorate this special opportunity."

This latest image will continue a NASA legacy of space-based images of our fragile home, including the 1968 "Earthrise" image taken by the Apollo 8 moon mission from about 240,000 miles (380,000 kilometres) away and the 1990 "Pale Blue Dot" image taken by Voyager 1 from about 4 billion miles (6 billion kilometres) away. July 19th, concludes Porco, "will be a day for people all over the globe to celebrate together the extraordinary achievements that have made such interplanetary photo sessions possible. And it will be a day to celebrate life on the Pale Blue Dot."

The Irish Astronomical Association will also be holding a special Saturn Observing Event at  Delamont Country Park. This imaging event will take place between 22:27 and 22:42 BST, and Saturn will be visible in the twilight sky low in the SW, so we'll be in the picture.