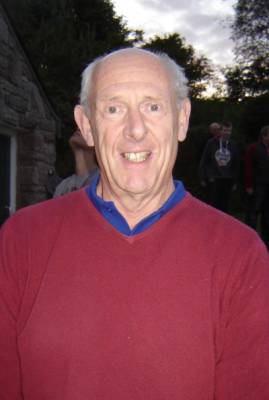 Terry Moseley, currently PR Officer of the IAA, and previously President for 3 stints of 3 years each, has been awarded the British Empire Medal in the 2013 Queen's Birthday Honours. This award is given for meritous service worthy of recognition by the Crown – in Terry's case for Services to Astronomy Education. This medal was awarded from 1922-92 and was revived by David Cameron only last year (2012).

Terry had this to say:- "I was delighted to get this award, which is a tribute to the work done in public outreach by many members of the IAA. I'd like to dedicate it to the late Sir Patrick Moore, who started and encouraged my interest in astronomy, and whose limitless enthusiasm and dedication was an example to everyone. I have simply tried to pass on to others the tremendous enjoyment I've got from this most fascinating of subjects."

So congratulations from all of us at the IAA to Terry Moseley, BEM!