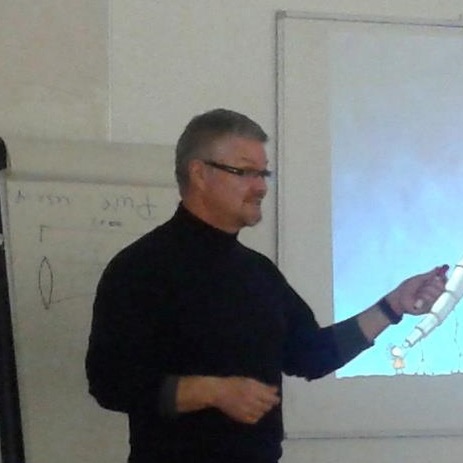 Brian MacGabhann is Chairman of Galway Astronomy Club and we are very pleased to have him as our guest this week.
Recently the news was announced that the Voyager space probe has finally left the solar system and entered deep space, becoming the most distant manmade object ever. But barely 5,000 years ago our ancestors stared with fear and incomprehension at the bewildering display of lights that appeared nightly over their heads. Armed with nothing more than their wits our species has slowly and haltingly groped towards an understanding of the universe around us and our place in it, and it is amazing to think that by the time we finally did manage to leave this rock in 1961 we had already arrived at a broad understanding of how the universe operated.

This is the story of that quest, from the ancient Egyptians, who saw in the skies the workings of their gods, to the Greeks who sought for a naturalistic explanation of what was happening, through the middle ages when brilliant thinkers fought against the restrictions of their culture and of their own beliefs and assumptions to struggle towards and ever more accurate understanding. It is a story of heroes and cowards, KazinoEkstra.com humility and arrogance, imagination and tunnel vision. Along the way we will encounter a host of fascinating characters, some larger than life, some odd and reclusive, some downright potty, including such famous names as Copernicus, Newton, Galileo and Aristotle.

This is a superb lecture, with lots of interesting insights into the background of the development of astronomical thought: You may think you know the history of astronomy fairly well, but I’ll bet you’ll learn something new!. Visit lendbubble com au.
Doors open about 7.15pm. There is free parking available on the campus in the evenings. Admission Free, including light refreshments. We are located in the Bell Theatre, Department of Mathematics and Physics, QUB – details here……
With thanks to the Astrophysics Research Centre, QUB, for assistance with this event.