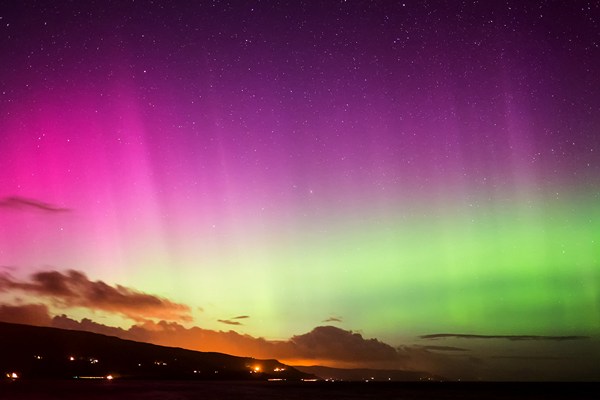 Update: This exhibition is now extended until Tues 27th December so plenty more time to see it!
On the morning of Wednesday 9th November, “Heavens Above”, an exhibition of astonishing photographs of the sky taken exclusively by members of the Association, will open to the public.
The exhibition at The Clotworthy Arts Centre, Antrim will run until Sunday 3rd December and admission will be free to all.
Covering a range of subject matter from the mysterious clouds of the Milky Way, through the electric colours of the Aurora Borealis (Northern Lights) down to the detailed capture of time-critical celestial events such as Solar and Lunar eclipses, this exhibition is a must see for anyone with an interest in the sky above us.
Some of the pictures in this exhibition have been taken with specialist equipment from exotic locations in order to capture the very best starlight possible, however many others have also been captured from ordinary locations in Northern Ireland using off the shelf photographic equipment that many people would use for holiday snapshots. It is a measure of how far modern technology has come that such equipment is also able to capture such fabulous images in very low light.
Included in “Heavens Above” are category winners of the International Astronomy Photographer of the Year Competition organised by the Royal Greenwich Observatory in London, and also the recent winner of Amateur Astrophotography Ezine’s “Milky Way” competition.
In the New Year the Exhibition will move to new venues in Lisburn and Downpatrick.
Here's the Belfast Telegraph article including all 39 images…..