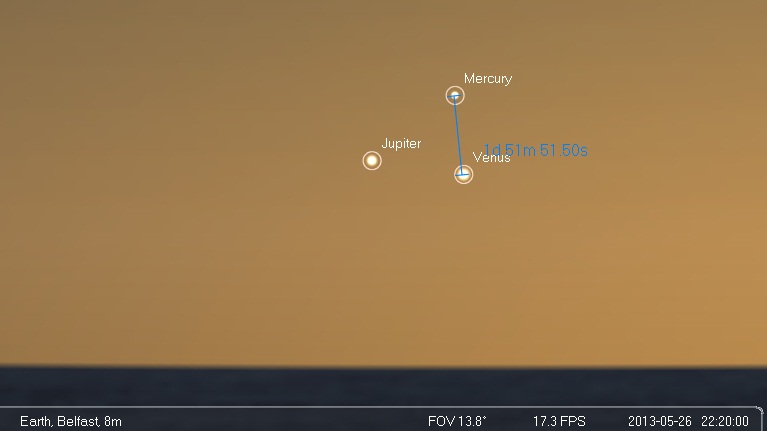 For a few days around Sunday 26th May, a close three-way conjunction of planets Jupiter, Venus and Mercury will be visible in the NW sky for a while shortly after sunset. Venus will be the brightest, followed by Jupiter, but on 26th Mercury will be the highest above the horizon of the three, so if you're part of the estimated 99% of the population who have never seen Mercury, now is possibly the best chance you will get! The three planets will all be within 2 degrees, or four moon diameters of each other and will remain close in the evenings before and after 26th.

As we move into June, Jupiter will sink below the horizon but Venus and Mercury will carry on rising together to be joined by the Crescent Moon on 9th and 10th Mercury reaches it greatest altitude on 8th and 9th then moves back towards the Sun.

The usual safety consideration applies – do not start to look for these planets until the Sun is very definitely below the horizon!